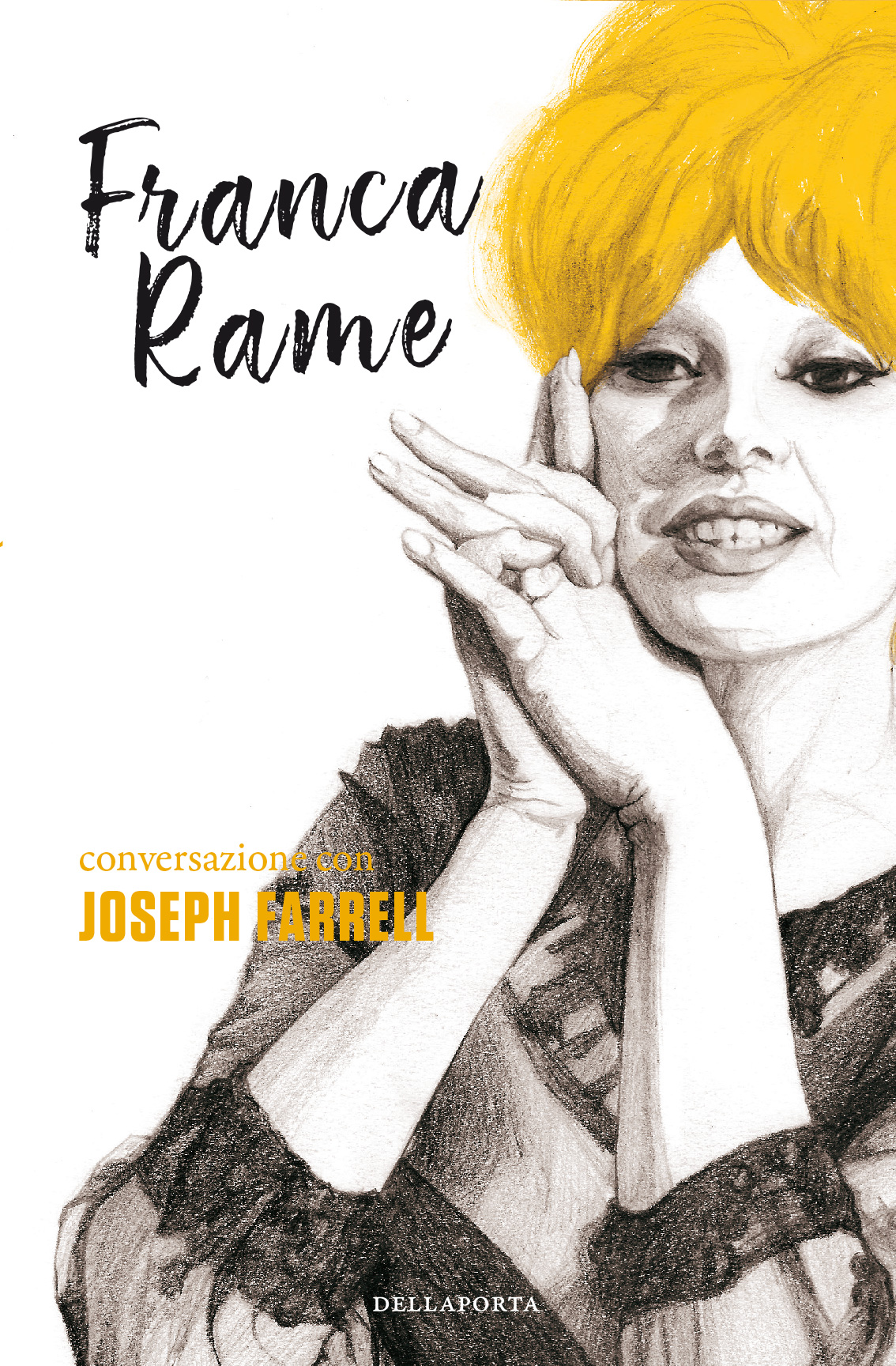 The last interview by Franca Rame (February 2013) – actress, female activist, playwriter, considered the Italian Rita Hayworth for her beauty. In the book written with Joseph Farrell she reveals the secrets about her extraordinary and tumultuous life with Nobel-prize Dario Fo.

The book ranges widely over Franca Rame’s long and passionate life, touching on the highs and lows of her marriage to Nobel- prize for literature Fo, her work as an actress and playwright, her involvement in feminist campaigns for the legalisation of abortion and divorce, her kidnap and rape by neo-fascistss and the founding, with Fo, of a militant theatre group.

A constant thorn in the esh of the establishment, quick to espouse the causes of the poor, the marginalised and the exploited, Franca Rame rapidly became an icon.

Readers will be enchanted by her humour and will fall in love with her character.

Read the review by the Times Literary Supplement